Considered a form of male birth control, vasectomy eliminates the supply of sperm to a man’s semen, by sealing the tubes (called vas deferens) from the testicles to the penis.   Once the patient has fully recovered, the semen has zero sperm count and, therefore, no chance of fertilizing an egg.

The surgery has a low risk of complications, although there are numerous considerations involved.  Since this is an elective surgery, it is crucial that the patient be certain that he does not want to father children in the future.  While reversal surgery may be attempted, it is not 100% successful, and it is best if the patient takes time for careful consideration before initiating vasectomy.

While vasectomy is a nearly one hundred percent effective birth control method, it does not offer protection from sexually transmitted diseases.  Vasectomies are generally performed under local anesthetic in a doctor’s office or clinic.

Vasectomy Side Effects and Risks

When considering whether or not to have vasectomy surgery, it is important to fully understand all the potential risks involved.  Although patients rarely encounter serious complications, there are some common side effects, including: swelling, bruising of the scrotum, bleeding inside the scrotum and infection of the surgery site.

Despite commonly held misconceptions, vasectomy has not been shown to: affect sexual performance, permanently damage sexual organs, increase the risk of cancer or heart disease or cause severe pain. 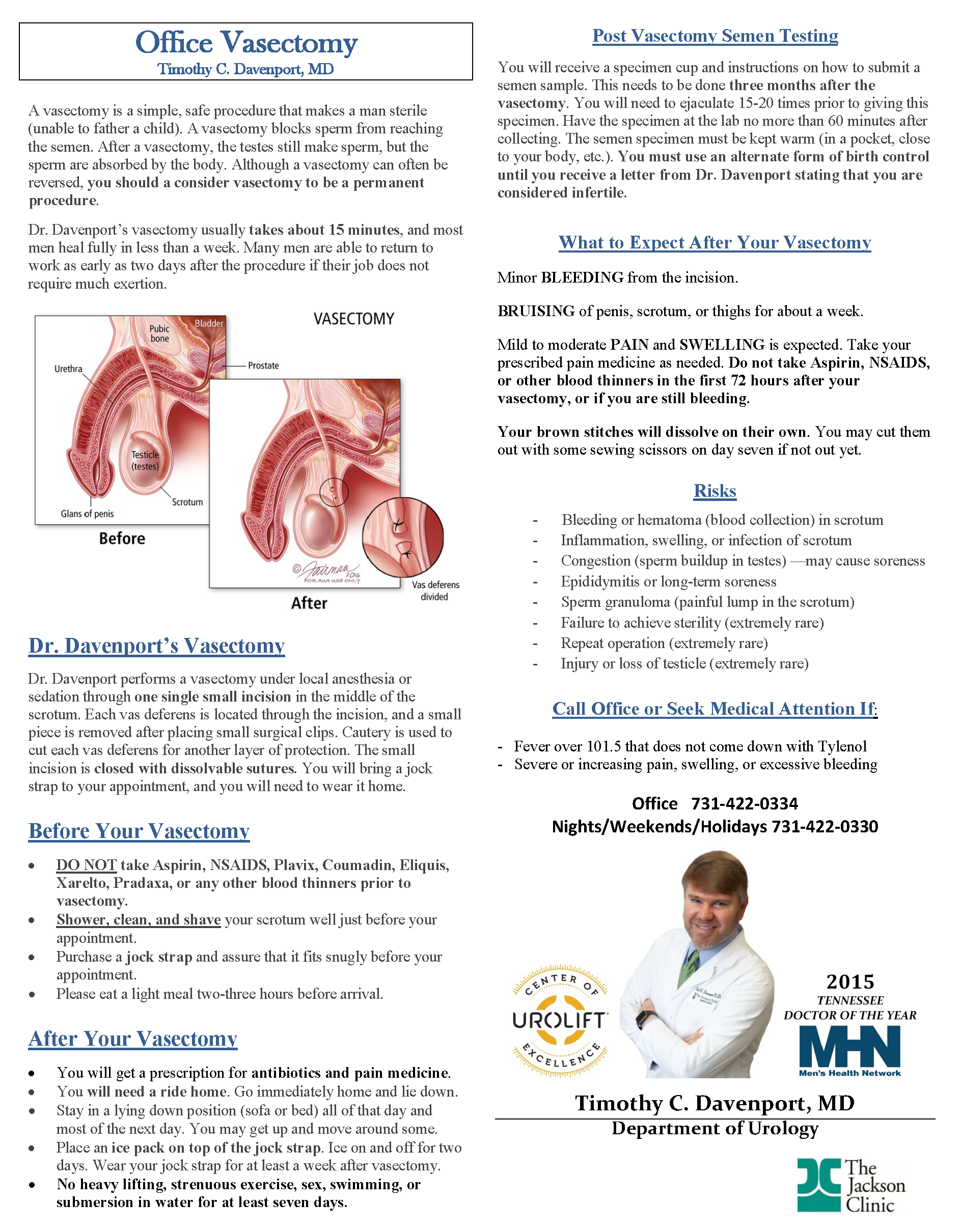